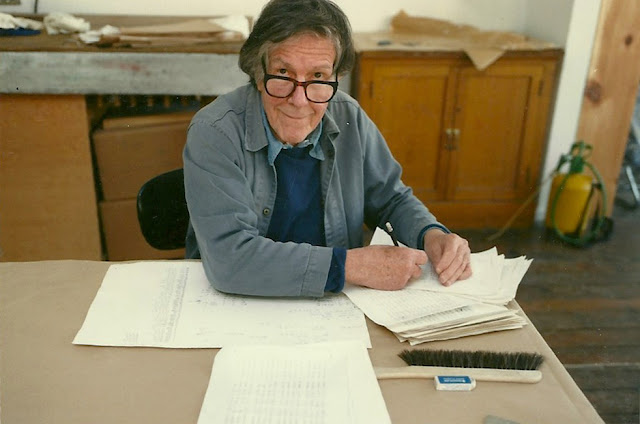 When Tauba Auerbach came to work with us at the end of 2012, I found myself thinking often about the composer and artist John Cage. I was fortunate to have had the opportunity to work with Cage in the late 1980s at Crown Point Press. Cage used a method of composing using the I Ching to facilitate “chance operations” to make his art. He believed that his responsibility was to ask questions rather than make choices. 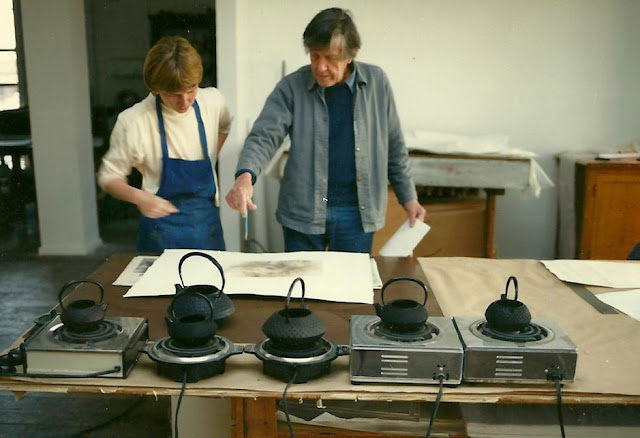 Cage would sit down at one of the large artist tables in the studio to compose­­­, pencil in hand, predetermined materials selected, questions queried. During this process, he would consult one of the numerous charts of random numbers that he travelled with. Silence would descend on the studio while he worked, and graceful handwritten lists of lilted numbers written in graphite resulted. His number compositions functioned as a list of instructions. The directives were performed, resulting in a John Cage print. As with Cage, Auerbach’s process poses questions, but in her case, it is her intuition that informs her decisions, not the I Ching. 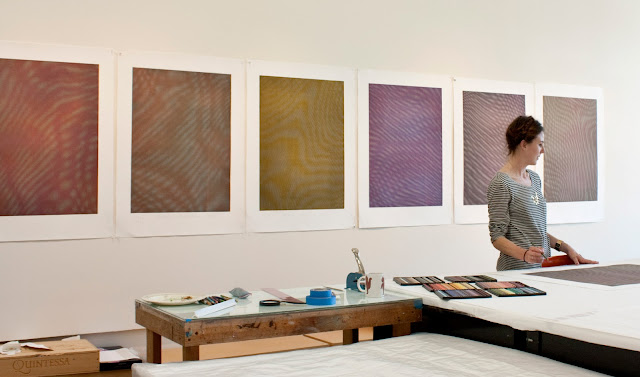 Kenneth Caldwell aptly describes her relationship to chance and her creative process: “Nothing seems placed by accident, and yet chance continues to play a significant role in the artist’s work. A lot of Auerbach’s art is about the tension between an almost total control over what goes into a process and an absence of control about the result that emerges from that process. She explores her system and process thoroughly, with thought and experimentation, and then when she’s ready, she lets go.”

While making the Mesh/Moire series, Auerbach created seven subtly different softground plates. A visual difference between any of these plates is imperceptible to the eye, and it wasn’t until two of these plates were printed together that a moiré pattern emerged. 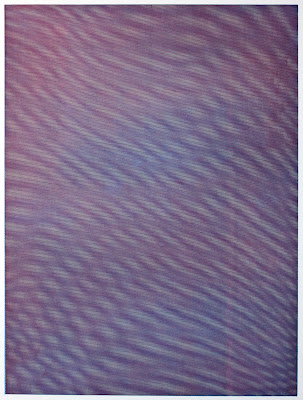 Printing combinations of two of the seven plates together yielded 42 possible permutations. Of those, she found six moirés pleasing. Auerbach’s meticulous adherence to her idea and the chance involved in the making of these plates is what reminded me so much of Cage. Both artists were charming and lovely to work with, and it has been a privilege to have been involved with their process. The strength of these two artists lies in their ability to turn inquiries into stunning visual results.