At Paulson Bott Press, instinct, and even passion, directs the selection of artists. This is how the press came to work with the women from the Gee’s Bend, Alabama, quilt collective. A quilting center since before the Civil War, Gee’s Bend is known for colorful, quasi-geometric designs that, although based on historical American and African examples, appeal to a modern art sensibility. The highly successful multi-museum tour of Gee’s Bend quilts organized in 2002 by the Museum of Fine Arts, Houston, brought international fame to this small, rural community. Pam Paulson happened to see that exhibition when it was presented in New York at the Whitney Museum of American Art and fell in love. When she showed the catalog to her father, he suggested the press invite the quilters to make prints.  Long story short, Pam and Renee Bott were able to interest two generations of quilters –Mary Lee Bendolph, whom Pam calls “ the heart and soul of the Gees Bend quilters,” and her daughter-in-law Louisiana Bendolph.

Once they had a commitment, Pam and Renee needed to figure out how to capture the essence of Gee’s Bend quilts in an entirely different medium. They bought sewing machines so that the women could compose their prints by piecing small quilt tops. The elder artist followed the tradition of using worn clothing that she believed carried the presence of the former owner, while Louisiana Bendolph preferred new, bright, solid-colored fabrics. After the artists and printers chose the best designs for prints, the printers made impressions of the quilted pieces with soft ground. Pam remembers, “Each time we pulled a proof there was a hallelujah or a praise Jesus. Often in a quiet moment Mary Lee would break into a gravelly soulful rendition of a church song accompanied by Lou’s rhythmically syncopated clapping.” A second project included two more quilters, and, like the first, resulted in a dazzling array of images—evoking such modern masters as Paul Klee and Stuart Davis but with a spirit all their own. While it’s true that etchings and quilts are two different animals–obviously the prints have no texture or functionality–the designs translate magnificently from one medium to the other, and, like quilts, etchings are hand-made and in their own way evoke the hand of the maker.

Thanks to their experience at Paulson Bott, the quilters now think of themselves as artists. And, they appreciate that through the distribution of their graphic images their work has become appreciated by a wider public.

I begin with the Gee’s Bend project, because it demonstrates the press’s approach: the artist’s vision comes first; Pam and Renee then find a way, even if it means inventing and developing new techniques, to realize that vision. For Chris Ballantyne, it was printing on Gampi (translucent Japanese paper) and affixing the color prints to plywood so that the grain showed through (an effect the artists was using in his work at the time). For Isca Geenfield-Sanders, Renee, along with Don Farnsworth of Magnolia Press,devised a method of putting a digital image directly onto a copper plate without using  a darkroom.  And, when Radcliffe Bailey returns to the press next year, they hope to use some of the techniques they mastered in creating a recent series of the artist’s monoprints, which combine sewing, chine colle, printing, dying, and collage. Conversely, Bailey is applying the new tools he learned at the press to his studio work. In other words, at Paulson Bott, artists not only benefit from the broad dissemination of images that multiples afford, but they are expected to approach the medium creatively, to explore, with the master printers as guides, the medium’s unique characteristics. Most importantly, as noted in the cases of Gee’s Bend, and Bailey, just two examples among many, printers and artists working collaboratively can arrive at new techniques and methods that expand not only the possibilities of printmaking but of the creative process itself. 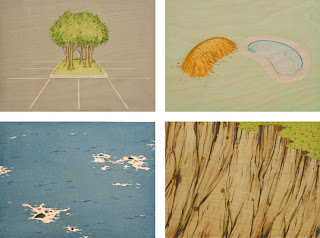 From the beginning Renee and Pam have worked with local artists, recognizing that the San Francisco Bay Area has a vibrant and varied art scene that too often is not adequately acknowledged. They have built strong relationships with such established Bay Area artists as Squeak Carnwath, Christopher Brown, Hung Liu, and Deborah Oropallo, but also support the region’s emerging artists like Kota Ezawa, David Huffman, Shaun O’dell, and Tauba Auerbach, whose careers they have helped foster. The press also collaborates with such prominent, national figures as Martin Puryear, Caio Fonseca, and Kerry James Marshall. There is no house look – something the owners agree is to be avoided. Styles range from Greenfield-Sanders’s charming figurative domestic scenes, to the cartoon realism of Mission School artists Chris Johanson and the late Margaret Kilgallen, to the abstract cosmologies of Ross Bleckner. 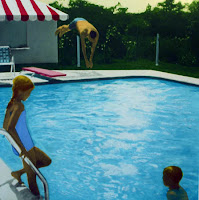 Located in a sun-filled studio and gallery in Berkeley, Paulson Bott Press has established itself as a leading intaglio press and publisher, not just on the West Coast, but nationally. Their prints are now found in major museum collections across the country, including the Museum of Modern Art, Whitney Museum of American Art, and the Brooklyn Museum in New York; the National Gallery and Hirshhorn Museum and Sculpture Garden in Washington, D.C., among many others.

While we can’t predict what’s to come as Paulson Bott enters the next phase, based on its history we can be confident that it will be both surprising and, somehow, just right.