Getting to New York this year for the print fair was no easy task. As you can imagine, Super Storm Sandy created mass confusion and a logistics nightmare. After many hours spent analyzing our chances of getting there we finally rearranged our cancelled flight and boarded a plane to arrive in New York Wednesday afternoon, only a day and a half later than planned.  We caught a cab straight to the Uptown Armory, suitcases in tow, anxious to see if our crates full of artwork had been delivered.  Miraculously they had, and we were able to begin intsalling our booth immediately. Thanks to the tireless work of Michele Senecal (IFPDA), Sanford Smith Associates, and the construction crews (who began building the booths midnight Tuesday and worked 18 hours straight)  the walls for the fair were ready. Not everyone was so lucky. Some art never arrived. 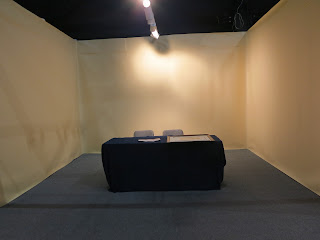 A few people’s shipments did not arrive in time. 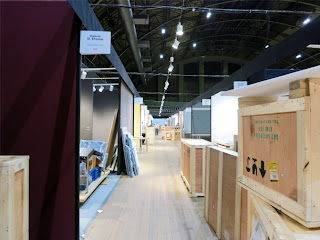 Crates at the Armory

Uptown was in a kind of bubble, everything seemed almost OK, except that Central Park was closed and you couldn’t get anywhere by subway. But what really stood out was the shock on everybody’s face, the dazed look that us West Coasters recognize from the days following the Loma Prieta earthquake. As the magnitude of destruction unfolded, we heard stories from our collegues about the damage to homes, galleries, artwork, and worst of all, the loss of human life.  The Upper West Side had power and felt surreal in its near normalcy and we were lucky to be staying there.  Like everyone in New York who could, we offered one of our rooms to someone who was unable to commute to the fair from Brooklyn. 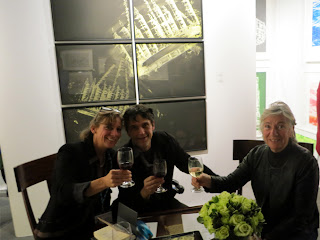 Renee Bott, Lothar Osterburg (who rode his bike to the fair from Brooklyn) and Judy Pfaff 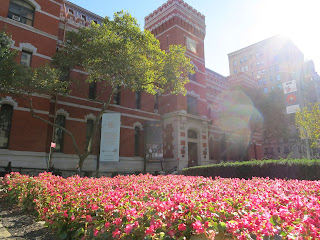 The Uptown Armory (you’d never know there was a storm here).

The show opened a day late, the attendance was at half capacity (amazing considering the circumstances). Those who did make it were the diehards, supportive, and elated to be there at all.  The fair looked especially good with the glow of survival. We exhibited our latest pieces by Thornton Dial, Isca Greenfield-Sanders, Gary Simmons, and Martin Puryear. For us the fair was extra special because it was a symbol of the city’s endurance and ability to overcome adversity.A few highlights from the fair: 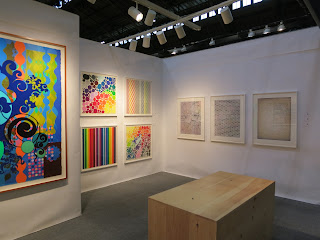 We send our best wishes to everyone recovering from the storm and are thankful for the bravery and camaraderie of the people on the East Coast.