I can remember years ago, when I first interviewed for the position at Paulson Bott, my friend and former colleague, Sherry Apostol encouraged me by stating, “What a great place, Rhea. You have got to work for them; they work with Martin Puryear!” Before I had met Martin in person, another colleague compared the experience of his company with that of being in the presence of the Dali Lama.   When I met Martin in 2002, I realized that she was right.  His grace is remarkable.  In his company, one knows they are in the presence of greatness.  Martin is very soft spoken, but when he speaks, people listen. 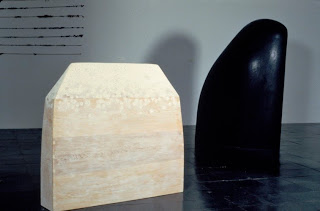 We also listen to his art– the vibrations, the emotions released from his sculptures.
They speak of the natural world, the human spirit and world history.  They nod at, bow to and break down our notions of the object.  Like Martin, they are quiet, magical and sublime.

Martin employs wood, mesh, stone and metal to create forms that resist identification.  They evoke the future and the past, both forging ahead and leaning back.  They excite and provoke and comfort. 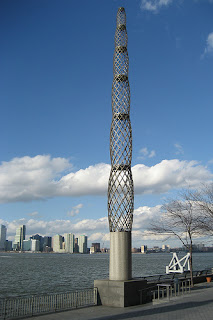 It is my greatest pleasure as Gallery Director at Paulson Bott, to introduce his work to those who have yet to discover it.  I often resist my temptation to scream, “What? You don’t know who Martin Puryear is?!”  “Haven’t you heard, the critic Robert Hughes has only declared him to be ‘America’s Best Artist’!” 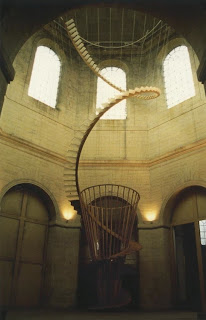 Martin’s first comprehensive show in the California bay area was in 2001 at the Berkeley Art Museum.  Sadly, it’s opening day was September 11th and many missed the exhibit for obvious reasons.  Slight redemption took place in the fall of 2008  when his retrospective,Martin Puryear, traveled to the SFMOMA.  It was an exciting chance for the bay to experience his impressive oeuvre.   I remember speaking with a friend who had just seen the show, and she stated, “I’ve always admired the images I’ve seen of his work but standing next to the sculpture in person literally gave me goose bumps.”

After the opening, the SFMOMA hosted a spectacular dinner at the St. Regis to honor Martin.  Neal Benezra spoke to the group and expressed how fortunate we all were to be sharing such a momentous occasion with an artist of his caliber.   It is indeed our privilege at Paulson Bott Press to engage with an artist that we know will mark our time and leave a lasting legacy in the art world and beyond.