Everything about working with Ross Bleckner is glamorous. Our new release of nine chromatically brilliant flowers and three mysterious, dark rondos serves as a perfect backdrop for the story of how Pam and I met Ross and convinced him to make prints with us in our first studio in Emeryville, California. 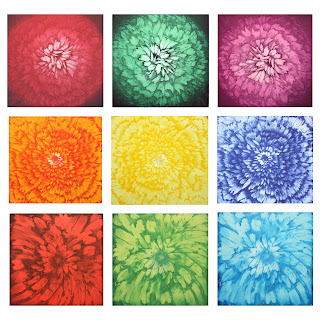 In 1998, Paulson Bott Press was just two years old. We entered the print publishing scene in 1996 with the release of four color etchings by Christopher Brown.

As huge admirers of Ross’s work, we decided to invite him to our studio. I found an address for him by sleuthing the Internet and wrote a letter introducing myself and asking if we could meet. I explained that Pam and I were going to be in New York in two weeks. The days passed and we never heard back from Ross. Time was running out. Katrina Traywick, our sales director at the time, was quick to point out that everyone in New York has their phone numbers listed (even famous people), and sure enough, I found his phone number in the white pages. Two days prior to our departure date, I called him.

Ross had no idea who I was, since he had not received our letter. I quickly explained. He was very sweet and friendly. He told me that we could meet at his opening atLehmann Maupin that coming weekend in SOHO.On the plane to New York, Pam and I were chatting excitedly about our upcoming adventures when I flipped open Vanity Fair to a page with a photo of Ross. There he was, beautifully dressed in a tuxedo, drinking a martini at a fundraiser. I thought, “He is so glam. How can we possibly approach him?”I remember how we carefully planned our arrival at the gallery for 4:30 pm. We were a few minutes early and found Ross preparing for the reception. I introduced myself and he shook my hand. Suddenly there was a video camera in my face and my whole introduction to Ross was being recorded for history’s sake! I’m sure I was underdressed for the occasion. I do know that I was able to secure a meeting with him at his White Street Studio for the next day. Mission accomplished.That opening was perhaps one of the most memorable nights I had in SOHO as it used to be. Having worked at Crown Point Press for several years, we had the opportunity to meet and work with many of the art stars in attendance that evening: David True, Alex Katz, Eric Fischl, Gary Stephen, and Bryan Hunt, to name a few. Absolute Vodka was sponsoring the event, and several tables were set up around the gallery with fanciful vodka creations. 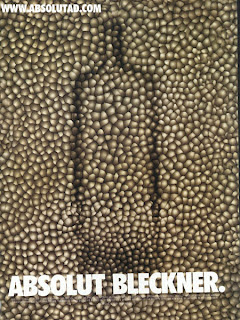 The next day at the White Street Studio, Ross was astute and quick to quiz us on our mission. Why make prints? Why with you? When Pam and I left, we were trying to weigh the outcome of the conversation.It took about seven months to convince Ross to make the time to visit us at our Emeryville studio in 1999. Every time I called, he never said no. So I kept calling.

The first time we worked together, Ross completed ten stellar prints. He has come back three times over the last twelve years and has completed fifty editions with us. Each time he works with us, he sweeps us away with his New York energy and glamor.