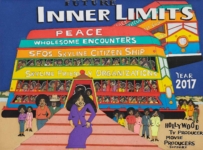 Wholesome Encounters explores themes and motifs present in Paulson Fontaine Press’s newly released edition by William Scott, Untitled (Future Inner Limits). Scott’s extensive painting practice includes portraits and cityscapes that imagine Black figures—mainly celebrities, civil rights leaders, and members of the artist’s community—in a more equitable society. Scott develops alternative realities and visions for the future centered around the mission to “promote peace on earth and good wholesome human behavior.” In Untitled (Future Inner Limits), Scott depicts a group of people aboard a train and describes the passengers as “wholesome, humorous, peacemakers building a better world for the 21st century. No more scary people, monsters, horrors.” While his works are hopeful projections for a bright future, Scott simultaneously confronts the viewer with a reminder that in our current society, the inequality, tragedy, and loss that the passengers are escaping still exist. 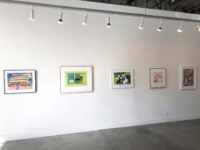 To expand on the vision William Scott puts forth, presented are prints from a variety of artists whose work, in one way or another, embodies his alternative ideal future. Each piece in the show touches on a form of utopia, escape, or idealism, doing so with an enticing color pallet and inherent otherworldliness. These prints point toward a bright future and the dawn of a new generation. Depictions of fresh flowers, a pristine home, and energy bursts contribute to this sense of optimism. These prints don’t deny the existence of the messy, complicated, unjust, and even scary facts of life, in fact, they are more powerful because of them. 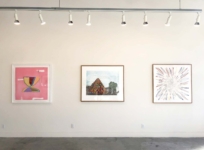 David Huffman’s Basketball Pyramid confronts the duality of basketball and it’s symbolism. On one hand, the sport represents African American dreams realized and community for young men and women, and on the other, the objectification and exploitation of those same bodies. In Spencer Finch’s Back to Kansas, a colorful abstraction of the film The Wizard of Oz, the vivid colors of Oz and Munchkinland are placed next to the green of the Wicked Witch and the gray of smoke that billows in her presence. As a passenger aboard William Scott’s Future Inner Limits, the viewer of Wholesome Encounters is ushered in by Chris Johanson’s Energy 1, a burst of positive intentions and infinite possibilities. As we move into the future these works choose beauty, peace, comfort, compassion, and community because imagining a brighter future is the first step in attaining one. 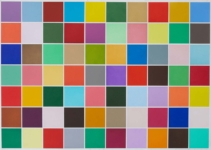 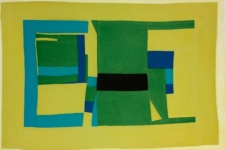 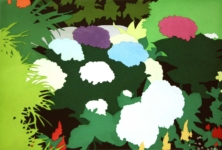 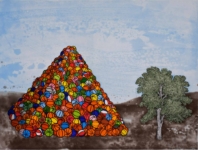 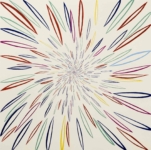