Stories From The Press

We are thrilled to announce that our print Starlite Theatre, 2012 by Gary Simmons has joined the Obamas’ collection!
Simmons painted a series of drive-in theaters and Starlite Theatre, a long gone establishment of 1950’s Dallas, was one of only a few to welcome black patrons.

Using icons and stereotypes of American popular culture, Gary Simmons creates works that address personal and collective experiences of race and class. He is best known for his “erasure drawings,” in which he draws in white chalk on slate-painted panels or walls, then smudges them with his hands – a technique that renders their imagery ghostly. His work is included in the permanent collections of the Hirshhorn Museum, Washington D.C., the Museum of Modern Art, NY, the MCA Chicago, The Walker Art Center, MN and the Whitney Museum of American Art, NY among others. Gary Simmons is represented by Metro Pictures Gallery in NY, Simon Lee Gallery in London and Regen Projects in L.A. 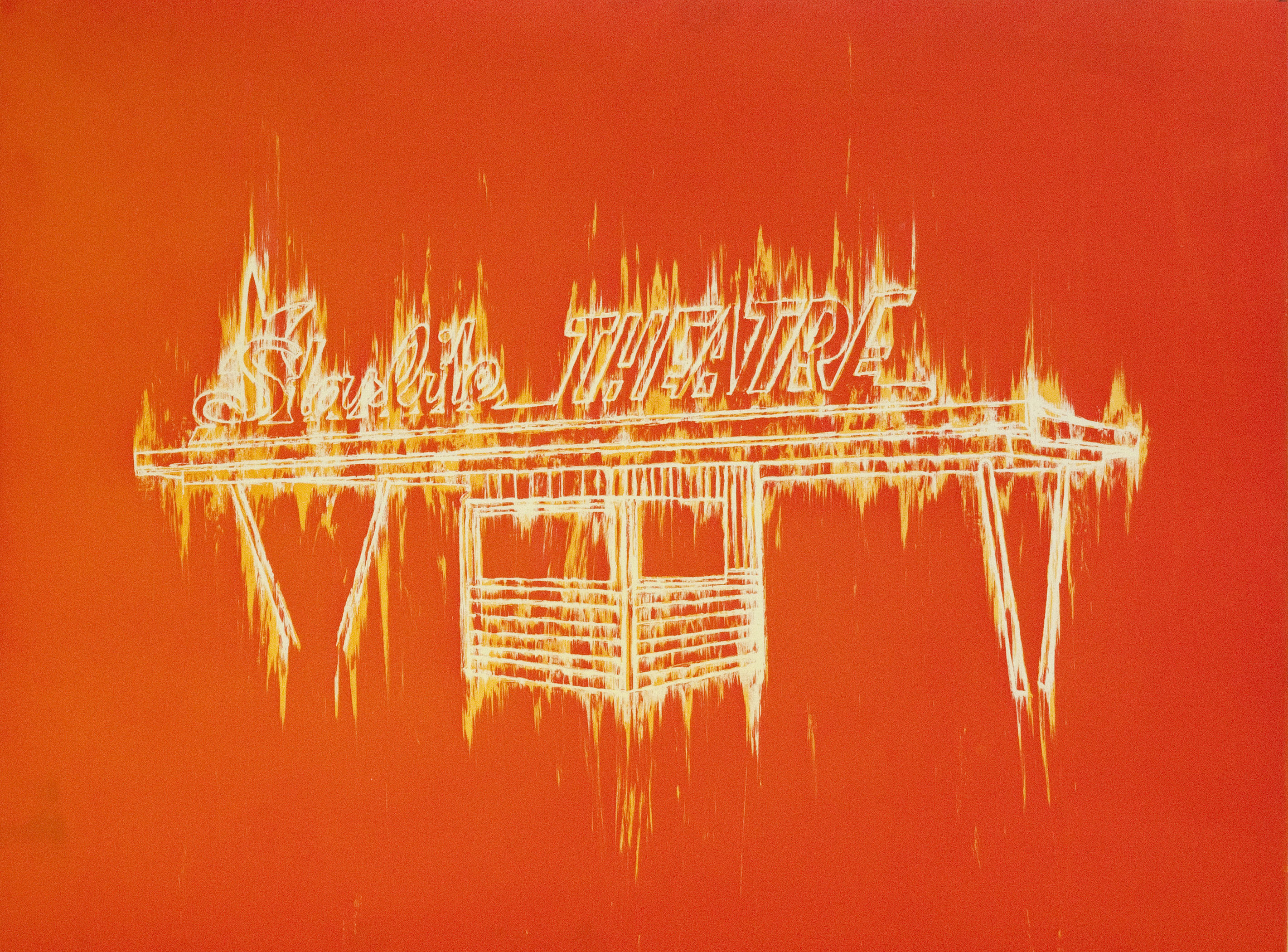 It’s not uncommon for artists to enthusiastically tell us that working at Paulson Bott changed the way they think about making things in their studio. We‘re always pleased to hear this, though not terribly surprised. Artists tend to be restless and self-reflective. The process of printmaking is slow, indirect and abstract. It requires thinking in layers, rendering shapes as negative space and conceiving the composition in reverse. The process of making a print is like designing an exploded diagram. The end result’s cohesive and unified final appearance belies a complex assembly. This process has a tendency to make artists evaluate their habits and routines in a different way. These revelations tend to yield minute changes, but in the case of Liam Everett, it spawned a significant departure.

When Liam came to the studio in 2013, he made nine editions and three monoprints. The monoprints and the rondo editions are closely related to the work he was making at the time, which incorporated draped silk and wooden structures that avoided traditional flat, rectilinear framing. The six monochromatic pieces however were a departure. They balanced a traditional intaglio format and methods with the primordial materiality of his paintings, which are evocative of natural phenomena and chance. Liam came back in April of 2014 to make Untitled (Siguer) after we expressed interest in creating a large print in the vein of his current paintings. The new paintings are large and atmospheric, with moments of Technicolor intensity that are the stubborn residue of sanding through many layers of paint. There’s a quality that reminds me of weathered frescoes. I find that I am continually delighted by the remarkable difference between his paintings, despite their undeniable family resemblance. How does their distribution of color, texture and form seem so grounded, yet appear casual and incidental? They feel effortlessly balanced. Things happen where they need to happen and in a manner that’s appropriate to the whole. I was surprised (though I shouldn’t have been) that all the paintings start as drawings. Liam literally makes an architectural framework of DeChirco-like arches and columns with strong diagonals that are subsequently buried under layers of lyrical abstract marks. This architecture is crucial to their success. It provides a rhythm on top of which he can improvise. In retrospect it makes sense that during his time in the studio there were as many discussions about music (jazz, electronic, drone, pop, ambient, reggae, noise and metal) as there were about art. There’s a definite skepticism about the expressionistic dimension of their painterliness, but they never feel ironic.

While we were making Untitled (Siguer), Liam said that his current work was a direct result of working on the six monochrome pieces, which involved pressing the plates into asphaltum, open etches in the acid, sanding and alternating between additive and subtractive processes. The lessons he gleaned from making the prints don’t have an obvious 1:1 translation into the current paintings, but was more of a catalyst for evolving. He said that biggest revelation came from working with the acid. The physical distance built into the process (don’t touch the acid) encouraged him to consider a means of making a painting through means that aren’t a result of his hand or will. They also share a process of topographical erosion.

Liam may not have a definite picture of what a finished piece will look like, but he does establish parameters and a direction in which to move that is more like an educated guess than a blueprint. He starts by creating an obstacle, explores several of the permutations possible in a limited set of decision and moves towards resolution. The end result is never more important than the process. Failure is always a possibility, though he has a knack for succeeding, – which suggests that their hard won elegance is by no means dumb luck. Any unequivocal failures can always be cannibalized for their worthwhile qualities. Liam has said that a painting is finished when it no longer feels like the product of his conscious decision-making. He wants it to feel alien and “assert itself”. Liam would frequently ask us to make minor decisions while creating the plates in order to yield an unforeseeable element to respond to and assist in the process of distancing the work from his hand.

Liam Everett’s working method is in some ways similar to the definition of play proposed by the famous Dutch historian Johan Huizinga in his book Homo Ludens. Huizinga sees play as game-like in that it must to follow a set of rules or a structure. He asserts that play is always free, creates it’s own order, and isn’t done for utilitarian needs. Despite the rigidity and limitations of Huizinga’s definition of play (rules and frameworks are always up for play too), it makes a good argument for the importance of doing things for their own intrinsic value and pleasure. I can’t help but feel that there is a political metaphor in Liam’s art: setting up scenarios that allow for unpredictable, advantageous surprises to occur, without needing to force conformity to a predetermined ideal.

The artists aren’t the only one ones who are shaken up in the print studio. Artist’s frequently throw us a curve ball by innocently asking if we can do something. We have a familiar and dependable set of techniques, but they’re constantly being tailored to satisfy the needs of our artists. And Hallelujah for that! The necessity for experimenting and inventing on the fly keeps this extremely repetitive process exciting.

Lonnie Holley is an incredibly talented and versatile artist who expresses himself through sculpture, music, painting, and almost everything he experiences. He has overcome unthinkable hardships in his life but has managed to come out on top, maintaining his own unique and positive outlook on life. On our first day of work in the studio, Lonnie said, “I want to learn as much as possible from you, but at the same time, I want you to learn from me.” I was thrilled to be in charge of his first project at Paulson Bott Press.

Lonnie makes art out of anything and everything within his reach. One day, he went down to the nearby train tracks for some inspiration and came back with an assortment of debris, including an old tarp, tiny metal scraps from trains, and slabs of pale cement. When he set these materials down on the studio table, I felt a little anxious and wondered what he could possibly make out of them. But within minutes, he had come up with multiple concepts and created an intriguing sculpture of a boat and a face. He is a masterful improviser.

Intaglio was a new medium for him, yet he was able to embrace the various techniques seamlessly. By layering three-dimensional objects onto the softground plates, Lonnie found a familiar way to construct prints. His sculptures bend themselves perfectly to this printed form, allowing him to create work that remains true to his vision. His music shares improvisation and invention as well. You can listen here. 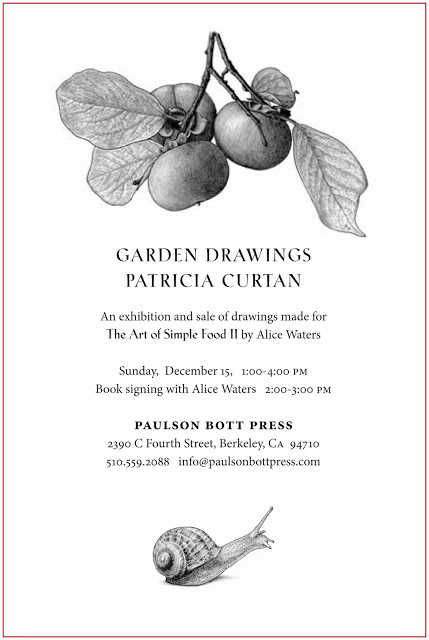