Recently we had the pleasure of visiting some of our collectors at their home on the Stanford University campus.

This couple has been collecting since the 1970s and has put together a stunning collection of prints, photos, and works on paper. With an early focus on Lichtenstein and Warhol, the collection now includes seminal works by Ansel Adams, Robert Bechtle, Damien Hirst, Ellsworth Kelly, Alex Katz, Sol LeWitt, Chris Ofili, Robert Rauschenberg, and Ed Ruscha, to name a few. We were thrilled to see etchings that we made with Isca Greenfield-Sanders and Christopher Brown on the walls of this midcentury home designed by Bates Elliot. 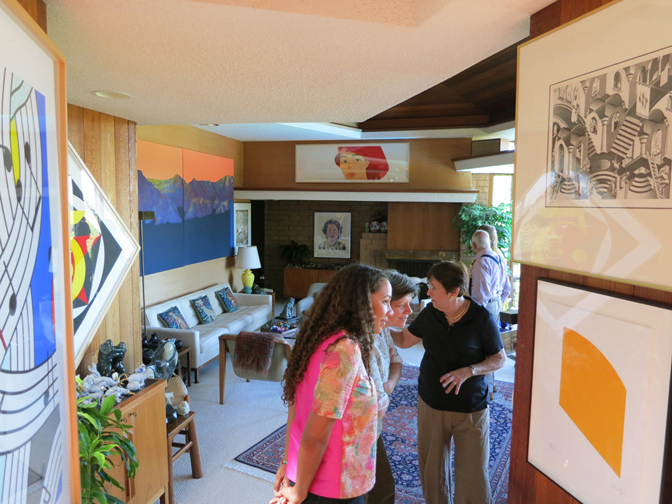 One of our friends is a recently retired engineering professor at Stanford University, where he taught for 50 years. His work in the field of neural engineering led much of the modem technology we all enjoy today. During the lovely lunch that our other friend prepared for us, he told the story of their introduction to visual art by fellow professor, Albert Elsen.

Elsen was a leading Rodin scholar at Stanford and also pivotal in the relationship that Stanford began in the 1970s with B. Gerald Cantor, the longtime supporter of the university’s art program, for whom the campus museum is named. It was Elsen who got our friends started on this collecting pursuit as he was able to communicate to the value of art. Elsen’s passion was contagious. 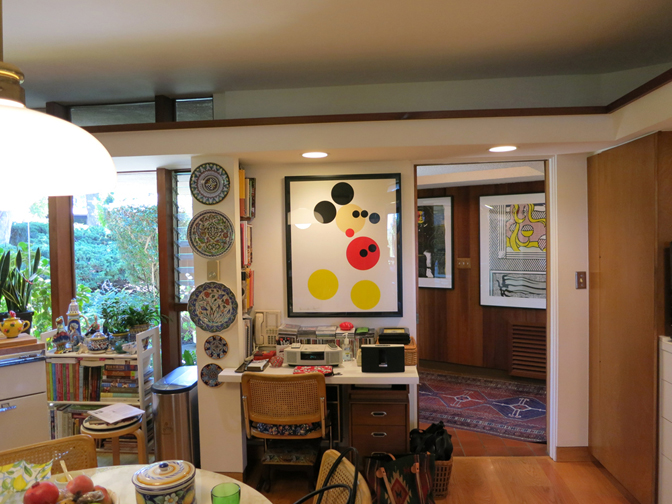 It was fascinating to hear the story of the beginning of their lifelong engagement with the arts.  It brought to mind the ongoing discussion about how the visual arts community connects with  enthusiasts in the science and technology fields.  Elsen wrote a book titled Purposes of Art: Introduction to the History and Appreciation of Art. The idea of purpose, as complicated and diverse as it may be, seemed so clear to me while standing in the middle of this collection.  To be surrounded by their visual expressions of thought and spirit gathered over a lifetime was truly invigorating. 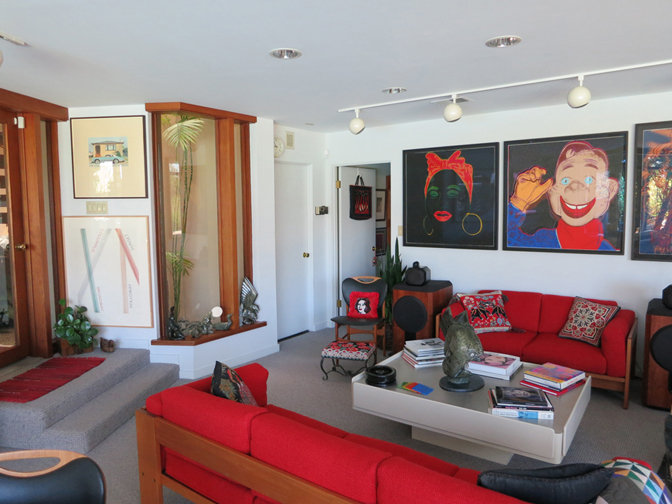 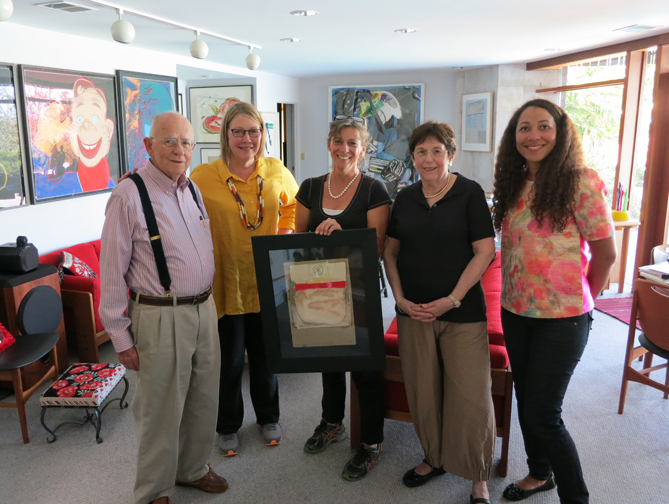 As part of the exhibit “Closely Considered – Diebenkorn in Berkeley” at the Richmond Art Center, Renee Bott was asked to speak this last Sunday on her experience working with Richard Diebenkorn. Here are some of her recollections.

I was 24 years old in 1985, and only a few months prior to meeting Dick, I received my master’s degree from the California College of Arts and Crafts (as it was then known) and was hired as a printer at Crown Point Press. At that time, Crown Point Press was located in downtown Oakland where Broadway intersected with San Pablo Avenue in a beautiful old retail space. Kathan Brown asked me to step in and help the three senior printers make and print the largest, most ambitious color etching that Diebenkorn ever created: Green, 1986.

As I worked in the back room steel-facing and preparing enormous plates, I was worried that I needed to be perfect. But Dick, with his certainty and quiet confidence, warmly welcomed me into his work ethos, a journey that accepted all, imperfections included.

Years later, the Loma Prieta earthquake struck and displaced Crown Point Press from its Folsom Street studio. It was an uncertain time, as Crown Point was forced to find temporary refuge for the gallery and studio. Kathan found a space several blocks south of the old location. It was an old garage that ran west to east for one city block between Folsom and Shipley.

The space was dank and dark, with florescent tubes that cast a hard blue light—a stark contrast to the beauty and grace of the Folsom Street studio. The earthquake had disturbed the homes of thousands, including the city rats. The rats often visited us, scurrying along the pipes that ran over our heads. After a while, our squeals of horror turned to nonchalance as we realized that they, too, were just looking for a new home.

It was in this environment that Kathan asked me to lead a project with Dick to make a set of small etchings for Arion Press’s book of poems by Yeats. Despite the chaos, I remember feeling so grateful to be given this chance to work with Dick again, even if we were in what felt like an underground cave. At one point near the end of that project, Dick, Kathan, and all of the printers gathered for lunch around a small coffee table. A rat ran by on a pipe above our heads, and a silence descended on the group. We all prayed that Dick would not notice our visitor. After an awkward moment, Dick smiled and asked “Was that one of our furry friends?” We all laughed hysterically. Dick was such a humble man. I believe he felt gratitude that we were all there with him, working together, even if it meant having to work around “furry friends.”

The six small plates created for the Yeats books were presented to Andrew Hoyem of Arion Press at a lunch prepared at the Dienbenkorns’ Healdsburg home. We drank crisp white wine and ate the lovely salmon that Phyllis, Dick’s wife, had prepared. After lunch, Dick asked me to show Andrew the prints. I untied a small portfolio containing the six images. Carefully turning the prints over like pages in a book, I gave everyone a moment to admire the work. No one said a word, but I felt that we were united by the prints.

As I prepared to leave, Dick put his hand on my shoulder and told me he liked the way I had shown the prints to Andrew. It felt like a ray of sunlight on my heart. His grace and humility stay with me to this day, informing my life’s work as a master printer.